The Monster Manual describes Vampires as creatures “awakened to an endless night, vampires hunger for the life they have lost and sate that hunger by drinking the blood of the living. Vampires abhor sunlight, for its touch burns them. They never cast shadows or reflections, and any vampire wishing to move unnoticed among the living keeps to the darkness and far from reflective surfaces.”
Apple Spotify

We are joined by Sharang Biswas.

Kill Every Monster is a 5th Edition Dungeons and Dragons podcast. In each episode, we are joined by a guest to discuss the lore, mechanics, and story potential of classic D&D creatures. We debate tactics for maximizing these creatures in your game, and we ask the ever-important question: are they really a monster?

Support Kill Every Monster on Patreon!

Support The Show With Kill Every Monster Gear! 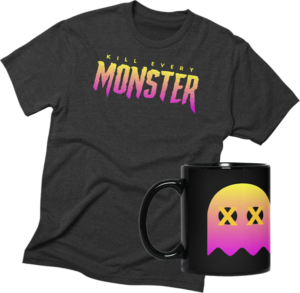 Support Kill Every Monster on Patreon and listen to ad-free episodes and bonus content!